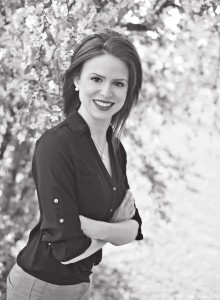 Shana Grams, a licensed acupuncturist, found her calling at a young age. Shana began getting headaches and experiencing stomach issues that progressively worsened.   Although she consulted with various practitioners, there was never a reason as to why her body wasn’t functioning at its full potential, the only answer given was ‘you will have to deal with this for the rest of your life.’

Fast forward a few years and Shana found herself in an Acupuncture Clinic wondering how in the world a needle could do anything for her!  After barely a handful of minutes with the Acupuncturist, he knew exactly what was going on and knew how to get her better!  After years of being told ‘there is nothing wrong with you’ and ‘you have to deal with this’ she was amazed that he literally understood every ache and pain she had been describing for years!!  After a few weeks of treatment Shana felt alive again and the best part?  She overcame her fear of needles and began to study Acupuncture!

That is the journey that became Flourish Acupuncture Center.  Shana’s mission is to help YOU find YOUR health, just as she was helped to find her health!

Shana received her Masters of Acupuncture from Northwestern Health Sciences University in Bloomington, MN.  She is certified by NCCAOM and licensed by the Minnesota Board of Medical Practice.